Sign Gene is one of a kind masterpieces written and produced by Emilio Insolera. The film, despite its $25k budget, aligns with the deaf core’s values from every detail, is very educative and inspiring, the first one in the world that makes several references to deaf history, culture, language and linguistics like the Da Vinci Code which are maybe “invisible” to those who aren’t familiar to it. Details are explained below, starting with the technical part to later arrive to the humanitarian aspects from deaf history to sign language linguistics present in the film.

Quick editing with several vintage effects.
Video-editing is an experimental one, iperbole of Tarantino and Rodriguez’s Grindhouse. It contains lot of vintage clips and a very fast & intriguing editing during the first 30 min and then slowed down afterwards.  It reflects the patterns of cross language interaction and the brain's executive control function.

Speaking of Insolera's personal perception, it is not being 100% comprensible only when imersed in an environment of “sound” speakers. His cognitive process from attentional control, selective attention to fluid intelligence (such as reasoning and problem solving) has to continually be very active and "fast", jump from a conclusion to another (fast forwards or fast cutting), assume some of them in order to follow the flow.

“Keeping your eyes glued to your surrounding and your mind active" is the only way to keep up with the life. The same would apply viceversa: any "sound" speaker immersed in an environment of “visual” speakers if not familiar with that language would activate the same brain's control function.

Sound and music
Deaf films produced and directed by deaf people usually are with no sound, which are one of the elements of  the Deaf cinema movement. Insolera was one of the first members of this movement during his academic years at Gallaudet University, the world’s only liberal arts university for the deaf, but regardless of this, he decided to add sound and music to welcome a broader audience.

Irritating sound in some scenes
Only the FAST FORWARD scenes have a very strong sound, pretty irritating: these represent the artificial and often incomprehensible and irritating sound of the hearing aids that some deaf people experience while using it. 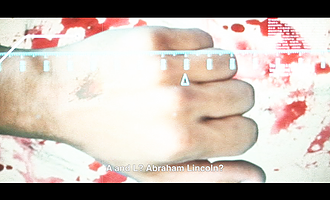 Here it is an example of what makes the film a Deaf "Da Vinci Code": a victim leaves hand signs, one is for “A” and the another one is for “L”. Only later the agents find out that these are the initials in sign language for Abraham Lincoln: we see it present on Abraham Lincoln's Memorial Building. Sculpture itself was made by Daniel Chester.

Brief background about Daniel Chester (1850-1931): the sculptor knew sign language since his son is deaf. He is the same sculptor who made the statue of Thomas Gallaudet and Alice Cogswell, the first deaf student in the US (both of them using sign language). The statue is nowadays placed on Gallaudet campus.

Image of Laurent Clerc. In the film he is portrayed as the 4th great grand father
of the leading character Tom Clerc.
Deaf culture
Pride to show the beauty of our culture and way we perceive visually. Disconnecting the world of sound and immersing into the world of visual language, does not mean falling into negative adjectives or adverbs  (victimization, sadness, "lost of equilibrium", loneliness, need to hear sound and music). The film indeed shows the various visual elements and encourages the audience to reinforce their sight in order to capture anything that is visually expressed on the screen. This is not what we see in any movie about deafness produced by hearing directors.

Sign Language Literature
Like the spoken language, the visual language got its own literature. In “Sign Gene” Insolera presents the very basic “Classifier handshapes” or the so called "Visual Vernacular" and mixes it with some visual effects. (Dragon eye’s fight scene).

Sign language linguistics is an academic discipline not available everywhere except for a few universities. It is in other words, a visual language’s linguistics, a discipline that Insolera believes it should be taught in every school, especially during early age like when we learn any “sound-ly” spoken language. It is extremely fascinating, articulating and rich in its content. Sign language is a noble gift from God to the humanity. 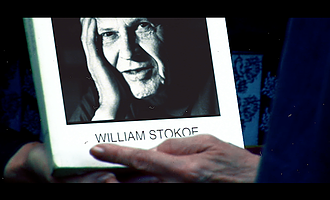 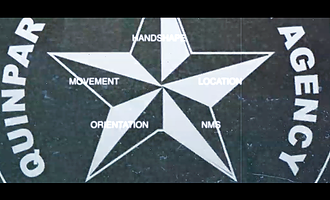 Logo of the Quinpar Intelligence Agency.
The star represents the "Five Parameters" which are the
phonological elements that combine to form signs.

Deaf talent
Fake deaf actors are not tolerated. In Sign Gene, all talents are deaf in real life. Real representation. For a better understanding about #DeafTalent please click here. 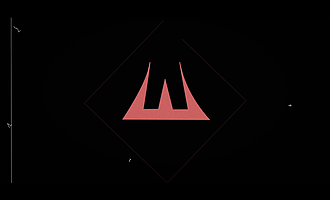 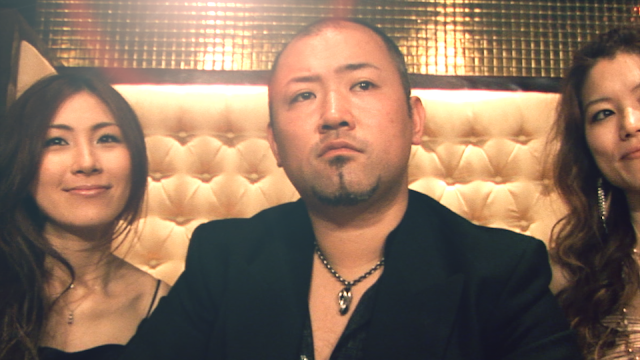 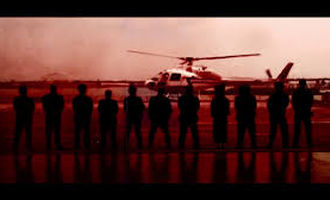 Logo Helicopter scene. Eleven are the people standing next to the helicopter.
Insolera choose the number eleven (11) because to his eyes,
it symbolically represents "sign language" in sign language.

Thumbs up to this hard working masterpiece!


There is no film ahead of this one.

WHEN SIGN LANGUAGE IS A SUPERPOWER  Emilio Insolera's new film uses the underground history of sign language as the premise for ...